Born in Tuscany in a musicians’ family, Laura Gorna graduated with top marks at the Milan Conservatory, under the guidance of Gigino Maestri, and did her post graduate studies at the Walter Stauffer Academy in Cremona with Salvatore Accardo. Winner of the 22nd Violin Competition in Vittorio Veneto, she made her debut playing the Kachaturian Concerto with the RAI Orchestra in Milan. She regularly plays in most prominent venues in Milan, Bologna Naples, Siena, Venice, Florence, Rome, Paris, New York, Tokyo, and Festivals of Verbier and Menton, etc. She performed recitals in South America and did the Mendelssohn Concerto with the Südwestdeutsche Philarmonie in Germany. She loves chamber music and she did it together with Salvatore Accardo, Bruno Giuranna, Rocco Filippini, Franco Petracchi, Bruno Canino. She has also recorded Brahms’s complete chamber music. Gorna was also the originator of the “Notti Trasfigurate Festival”, in the Teatro Olimpico di Vicenza, with rehersals open to the audience. Her latest CDs include performances of Astor Piazzolla’s music (Foné label), and a violin-piano recital for Velut Luna. With the pianist Laura Manzini and the cellist Cecilia Radic Laura founded EsTrio, one of the best Italian piano trio, playing in Italy and abroad, who recorded for Foné and Decca labels. Gorna has also appeared in many radio and television broadcasts, among which a documentary for the French channel “Arté” and Bruch, Prokofiev and Kachaturian Concertos for RAI. Laura Gorna is professor at the Cremona Conservatory and plays the Maggini violin “Giorgio III” 1620. 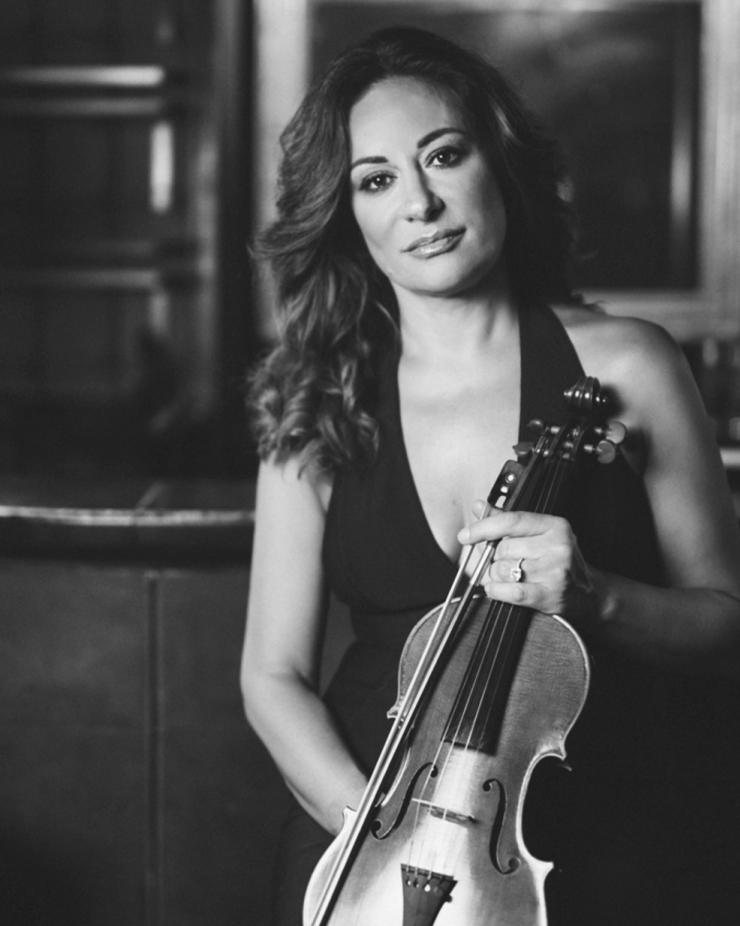