Vanessa Benelli Mosell is a rising star on the international music scene. She is continuously praised for her virtuosity, her technical brilliance and the sensitivity of her musical insight, which have been shaped significantly in mentorships with Karlheinz Stockhausen and Yuri Bashmet. Benelli Mosell gave her debut appearance at eleven years old with pianist Pascal Rogé, who described her as “the most natural musical talent I have encountered in my entire life”. She has since performed with orchestras such as the Münchner Symphoniker, Berliner Symphoniker, the Zurich Chamber Orchestra and Orchestra del Teatro Comunale di Bologna. She has also performed often with the Moscow Soloists, and replaced Martha Argerich in 2012. In the same year, Vanessa gave her celebrated debut at London’s Wigmore Hall. Recent years have seen new encounters, including a tour to South America, concerts with the Jerusalem Symphony Orchestra and the Orchestre Philharmonique de Strasbourg, as well as at Hamburg’s Laeiszhalle. Vanessa Benelli Mosell is internationally renowned for her performances of Karlheinz Stockhausen’s Klavierstücke. Following her recording of Klavierstücke I-IV, she was invited by the composer to study under him, as he believed that she “has the power to let people appreciate my music”. Vanessa worked closely with the composer and he remains an important influence on Vanessa’s music making, encouraging her passion for contemporary music and her championing of composers of today as well as the great classics. Vanessa Benelli Mosell began her comprehensive musical studies when she was exceptionally admitted at the International Piano Academy in Imola at seven years old, where she studied with Franco Scala. In 2007 she was invited to the Moscow Tchaikovsky Conservatory to study with Mikhail Voskresensky. Vanessa entered the Royal College of Music in London in 2007, where she graduated in 2012 studying with Dmitri Alexeev, generously supported by the Russell Gander Award. Vanessa was awarded the Elba Festival Prize by Yuri Bashmet and more recently she won the first Award of the Festival Pietrasanta as an outstanding young talent. She furthermore collaborates in chamber music with partners as Massimo Quarta, Daishin Kashimoto, Radovan Vlatkovich, Julian Rachlin, Boris Andrianov, Renaud and Gautier Capucon, Linus Roth, Alain Meunier, Boris Brovtsyn, Alexander Chaushian, Henri Demarquette, Alexander Buzlov and Massimo Mercelli. Vanessa’s debut recording received great international praise for her «extraordinary artistic talent» and «sparkling technique in demanding music” (Gramophone Magazine). In spring 2015, Vanessa Benelli Mosell released her recording, and debut on the DECCA label – a juxtaposition of Stockhausen and Stravinsky and will follow this in 2016 with a further disc in her Stockhausen series. Also in 2016, Vanessa will release her debut concerto CD for DECCA of Rachmaninov’s Piano Concerto No.2 with the London Philharmonic Orchestra under Kirill Karabits. Vanessa Benelli Mosell is a Young Steinway Artist. 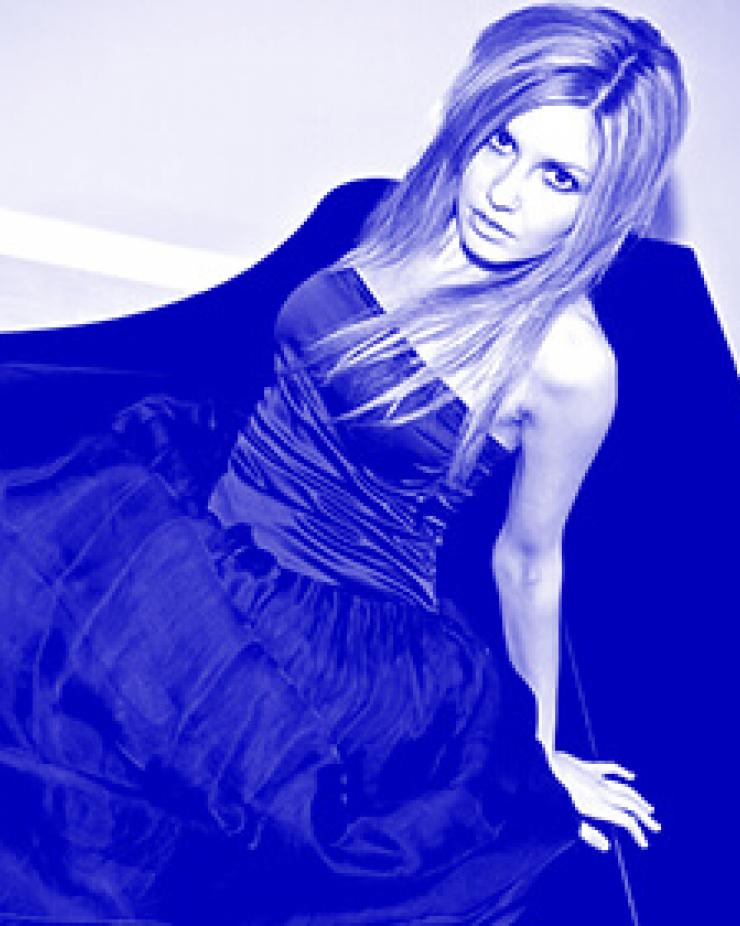